Just west of downtown Austin lie the communities of West Lake Hills and Rollingwood. Children here attend the elementary, middle, and high schools of Eanes Independent School District which is the best school district in Texas and the 21st best school district in the nation according to Niche. Spanning 31.2 square miles of scenic Texas Hill Country in Travis County, Eanes ISD is perfectly situated for patrons to take advantage of everything that Austin has to offer – swimming in the Barton Springs pool, stand up paddleboarding on Lady Bird Lake, hiking or biking the 190 miles of trails running through the Barton Springs greenbelt, and the live music and great eats in downtown Austin. Many families are already enjoying what Eanes ISD has to offer. Approximately 8,000 students are enrolled in the district’s nine schools – six elementary schools (grades K-5), two middle schools (grades 6-8), and one high school (grades 9-12). 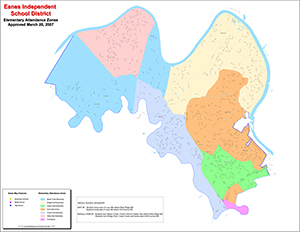 Children in West Lake Hills and Rollingwood are not only proximal to all of the recreation that Austin has to offer, but also some of the most decorated schools in the nation. All six of the elementary schools in Eanes ISD have been designated as Met Standard Schools, the highest rating given by TEA; they have all received the Texas Successful Schools Award for Outstanding Performance; and they have all been named top 30 elementary schools in Texas. Additionally, three of the elementary schools in Eanes ISD have received US Blue Ribbon School distinction and two of them are members of the Texas Business and Education Coalition Honor Roll. Barton Creek Elementary was named the 4th best in Texas and the 41st best in the nation by Niche. The quality of education here is also evidenced by the merit of teachers and performance of students.

After graduating from middle school, a student in Eanes Independent School District attends Westlake High School which was ranked 1st in Texas and 3rd in the nation by Niche (2015). It is a TEA Met Standard School, a US Blue Ribbon School, and has been featured on top high schools lists by Newsweek Magazine and US News. Students here perform very well on the SAT, ACT, and AP tests. The average SAT score at Westlake HS is 1786, well above state (1410) and national (1490) averages. The average ACT score at Westlake HS is 26.4, which is also well above the state (20.9) and national (21.0) averages. Westlake students scored an average of 3.2 on the 3,446 AP tests that were administered in the spring of 2015. It’s also worth noting that the class of 2015 included 19 National Merit Finalists, 48 Commended Scholars, six National Hispanic Recognition Program Recipients, and one National Achievement Scholarship Program Finalist. These high performing students were rewarded for their laurels upon graduation, with 99% of 2015 graduates going on to attend college (84% at 4-year and 15% at 2-year institutions).

Students in the Eanes ISD live in a great location, attend some of the best schools in the nation, and excel in both academics and athletics.